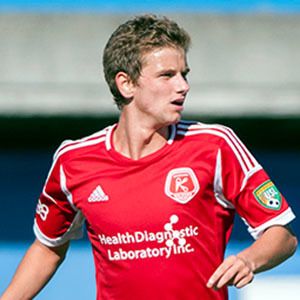 On June 29, 2018, he came out publicly, becoming the only active male professional soccer player to be openly gay.

He was born and raised in Chevy Chase, Maryland.

On August 3, 2013, he replaced player Nick Deleon and made his professional debut for the D.C. United club in the 76th minute of the match against the Montreal Impact.

Collin Martin Is A Member Of