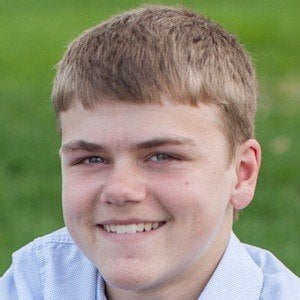 Known as The Boy Who Lived, he was misdiagnosed with the flu when in fact he had appendicitis at the age of 4. He claims to have seen Jesus in Heaven before returning to Earth.

He complained of stomach pains and a high fever which led to the misdiagnosis of the flu only 6 days before receiving an appendectomy.

His father Todd wrote a book called Heaven is for Real about Colton's story and the book was adapted into a film.

His parents are Todd and Sonja. He has an older sister named Cassie and a younger brother named Colby.

Greg Kinnear starred in the film version of Heaven is for Real.

Colton Burpo Is A Member Of