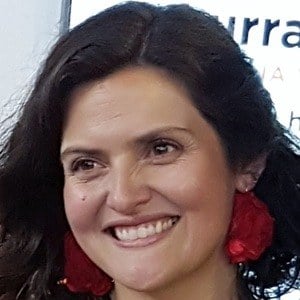 Chef and activist who promotes healthy eating as the host of the Canal 13 cooking show Mi Lado Dulce. She is the author of the cookbook Cocina, Sana y Feliz (2017).

She suffered from bulimia from age 13 to 22.

She has also been a health coach with Hábitos Mexico.

She married music producer Claudio Carrizo, which whom she has daughters.

She and Virginia Demaria are both well-known Chilean television chefs.

Connie Achurra Is A Member Of