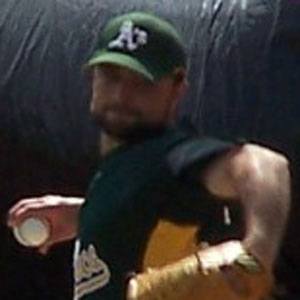 Right-handed relief pitcher who pitched in the big leagues for the Oakland Athletics in 2007 and the Arizona Diamondbacks in 2008.

He sported a 3.64 ERA in 29 games for the independent league Southern Maryland Blue Crabs in 2010.

He was born and raised in Tuscaloosa, Alabama. His brother is fellow MLB reliever David Robertson.

All-star slugging catcher Mike Piazza was his teammate on Oakland.

Connor Robertson Is A Member Of