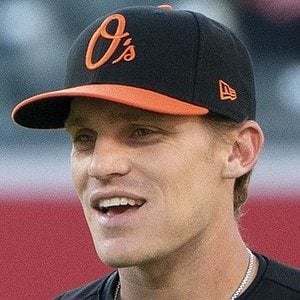 Second baseman known for his plate discipline and solid power for his position, he came up with the New York Yankees' organization and debuted for the big league club in 2013.

Upon entering the MLB, he drew many comparisons to second baseman Chase Utley for a similar profile (left-handed hitter; more bat than glove) and similar minor league production.

Corban Joseph Is A Member Of