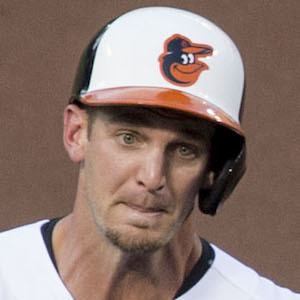 MLB catcher who was selected in the seventh round of the 2008 draft by the Baltimore Orioles. After paying his dues in the minor leagues for parts of seven years, he took over as the Orioles' starting catcher in 2014 after Matt Wieters underwent Tommy John surgery.

He played college baseball at Lipscomb University after passing over offers from Arkansas and Vanderbilt.

In 2014, his first season in the majors, he hit home runs in five consecutive games in August, the first Baltimore catcher to achieve such a streak.

His brother, Corban, was a fourth round pick of the New York Yankees in 2008. He married his wife Brooke in 2013.

Caleb Joseph Is A Member Of