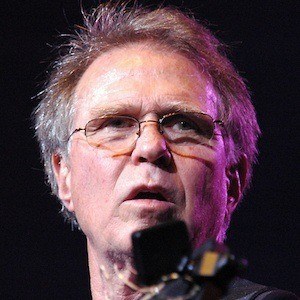 Lead singer of the 1960s psychedelic rock group Country Joe and the Fish.

He attended Los Angeles City College after spending three years in the United States Navy, during which time he was stationed in Japan.

His most famous song was The "Fish" Cheer/I-Feel-Like-I'm-Fixin'-to-Die Rag, a Vietnam War protest song.

He was the son of Worden McDonald, who worked for the telephone company, and Florence Plotnick, a member of the Berkeley city council.

He co-founded Country Joe and the Fish with Barry Melton.

Country Joe McDonald Is A Member Of