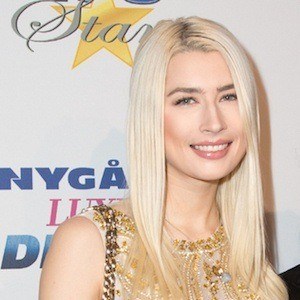 Model, musician and nutrition coach who is most famous for being the wife of actor Corey Feldman. She has served as the DJ and keyboardist in Feldman's band, Corey Feldman & The Angels.

She was raised in Kelowna, British Columbia, Canada and began modeling at age 10. She posed for Playboy in 2011 and met her future husband at a party at the Playboy Mansion.

In 2015, she appeared on an episode of Celebrity Wife Swap, where she was partnered with comedian and actor Tommy Davidson.

She has a brother named Evan and a sister named Beverly.

She supported her husband during his revealing appearance on Dr. Mehmet Oz's television show in 2017.

Courtney Anne Feldman Is A Member Of