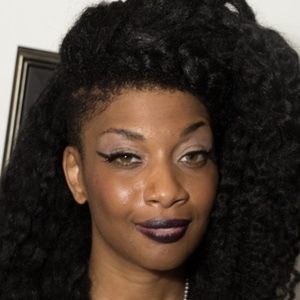 American singer who won legions of fans with her performances on the eleventh season of the singing competition The Voice. She is also an accomplished songwriter, having penned songs for artists like Chris Brown, Jennifer Hudson and Mary J. Blige.

She grew up in Los Angeles, California. She later moved to Boston, Massachusetts, where she worked as a music teacher from 2005 to 2009.

She was nominated for the Ashford and Simpson Songwriter's Award at the 2013 Soul Train Awards for her work on Fantasia's "Lose to Win."

She performed James Bay's "Let It Go" on her blind audition for The Voice.

Courtney Harrell Is A Member Of