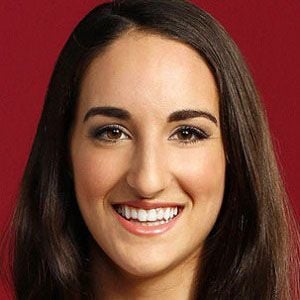 Reality star best known as the winner of season five of the Fox cooking show MasterChef. She has also published a cookbook titled Everyday Fancy.

She was an aerial dancer at a burlesque club.

She released her cookbook Everyday Fancy in May 2015.

She was born in Geneva, New York. She has a sister named Colette and often posts pictures of her nephew.

She won MasterChef, a show hosted by chef Gordon Ramsay.

Courtney Lapresi Is A Member Of