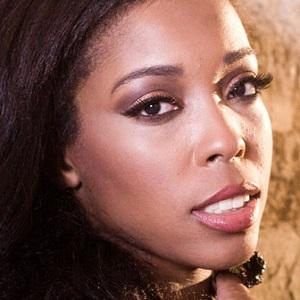 Well known for her award-winning single "All The Time" which took home two Mad Video Music Awards and another two nominations, she is a singer and dancer who moved to Greece to begin her music career.

She was hired as a dancer by Walt Disney World after graduating from the University of Central Oklahoma.

She became a Pussycat Doll in 2008 and appeared on numerous television shows across Los Angeles.

She was born in Oklahoma City and moved to Glyfada, Greece. She has four sisters.

She has danced for artists such as Trey Songz, Destiny's Child, Chris Brown, Rihanna, and more.

Courtney Parker Is A Member Of