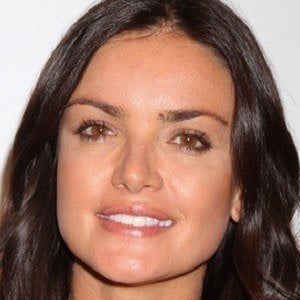 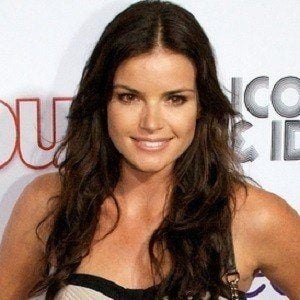 Model who is best known for her winning the reality TV competition series The Bachelor. She appeared on the show's 16th season.

She began modeling as a teenager. She eventually moved from Arizona to Los Angeles to pursue it professionally.

Since appearing on The Bachelor, she has been signed by the Los Angeles-based modeling agency Ford Models. She has appeared on the cover of Fitness Magazine, and in a Little Caesars Pizza commercial.

She was born and raised in Scottsdale, Arizona, where her father was a prominent lawyer. On October 16, 2020, she wed Humberto Preciado. Their son Joaquin was born on June 19, 2020. On November 21, 2021, they welcomed a daughter named Paloma.

She won over Ben Flajnik, The Bachelor: Season 16's main star, during her time on the show.

Courtney Robertson Is A Member Of