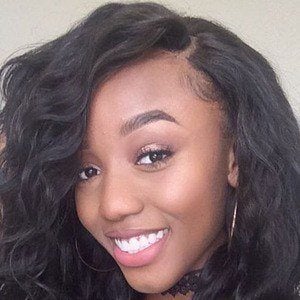 Multi-talented YouTuber and vlogger known primarily for her Courtreezy channel where she has earned more than 2.2 million subscribers creating reaction videos. She's also had a second channel called courtreezy 2.0. She has also gained over 160,000 followers on her courtreezy Instagram account which has featured multiple outfit pictures.

She first began making videos for YouTube during eighth grade in 2012.

She and her best friend Doris share the YouTube comedy and vlogging channel Court and Doris. Her "RATING TIK TOKERS N WORD APOLOGY VIDEOS because im black." video has received over 8.3 million views since it came out in June of 2020.

Her real name is Courtney Adanna and she's been based in Houston, Texas. She is of Nigerian descent and has a younger sister.

One of her favorite YouTubers is CoryxKenshin.

Courtreezy Is A Member Of