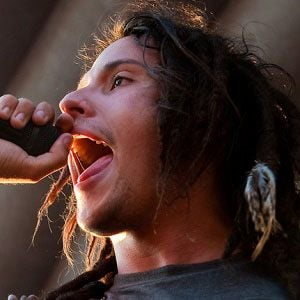 Vocalist who performed with the California-based post-hardcore band Saosin from 2004 through 2010. After departing from the band, he began recording music with the band Patriot.

Before joining Saosin, he performed as a member of bands like Stamp Out Detroit and Mormon in the Middle.

His first, self-titled album as a member of Saosin debuted in the top ten on the U.S. Rock Charts and sold more than 800,000 copies.

He has a sister named Penny.

He replaced Anthony Green as the frontman of Saosin.

Cove Reber Is A Member Of