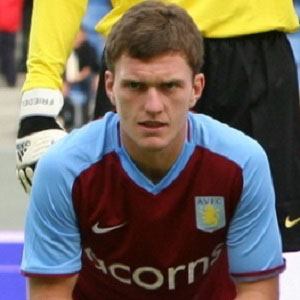 Center midfielder who made his senior career debut in 2005 for Aston Villa; spent 5 seasons with the team before joining Birmingham City in 2010 and then Sunderland in 2011.

He played his youth career for Aston Villa from 2003 to 2005, rejecting an offer from Birmingham City in the process.

He scored his first professional goal on April 14, 2005, in a 3-1 victory against Middlesbrough.

His brother, Gary Gardner, also made his professional soccer debut with Aston Villa.

With Aston Villa he played alongside captain Gareth Barry.

Craig Gardner Is A Member Of