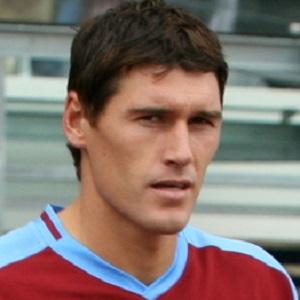 English midfielder who joined Manchester City in 2009 after spending the first 11 years of his professional career with Aston Villa; became a member of the English national team in 2000.

He began his youth career at age fourteen with Brighton & Hove Albion.

He married Louise Barry in 2007; the couple had a son and daughter together.

He was joined by Mario Balotelli on Manchester City in 2010.

Gareth Barry Is A Member Of