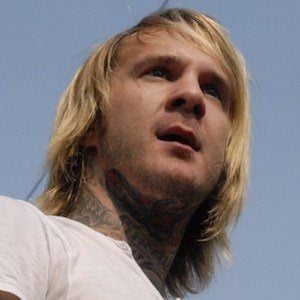 Musician best known as the lead singer of the post-hardcore band Chiodos. He left the band in 2016 to pursue a solo career, adopting the stage name badXchannels. He has played with various other artists, including the supergroup The Sound of Animals Fighting.

He met his future bandmates in high school. He joined Chiodos in 2001.

He has released three albums with Chiodos, as well as the solo project With Love.

He had a brief relationship with Ashlee Simpson.

He has collaborated with Vic Fuentes.

Craig Owens Is A Member Of