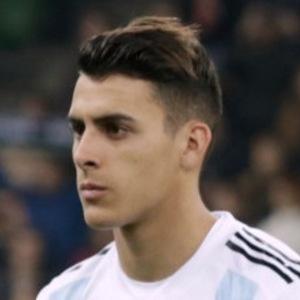 He started his soccer career by joining Talleres de Córdoba's youth team in 2004.

He represented the Argentine under-23 national team at the 2016 Summer Olympics.

His parents are Verónica Campos and Walter Pavón.

Both he and Dario Benedetto played for Boca Juniors.

Cristian Pavón Is A Member Of