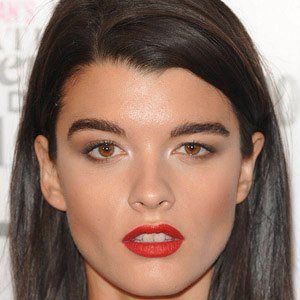 Former plus size model who shrank to a size 8 after what allegedly was the side effect of an eating disorder.

She began modeling at 14 after being discovered by a scout.

She gained attention for her book Hungry: A Young Model's Story of Appetite, Ambition and the Ultimate Embrace of Curves.

Like Ellen Muth, she has been employed by Ford modeling agency.

Crystal Renn Is A Member Of