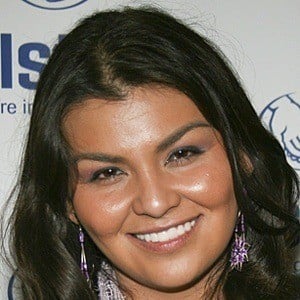 Country music singer whose rise to prominence was displayed in the six-part CMT documentary Crystal: Living the Dream. She is known to fans for singles like "You Can Let Go," "Dawn of a New Day," and "My Roots Are Showing."

She was raised on the Wikwemikong reserve on an island in Ontario, Canada.

Her song "You Can Let Go" became the fastest-rising single on the Canadian Country Singles Chart since Carolyn Dawn Johnson's 2000 track "Georgia."

Her older brother introduced her to blues music. Her father was a truck driver.

In 2009, she toured North American in support of Dierks Bentley and Brad Paisley.

Crystal Shawanda Is A Member Of