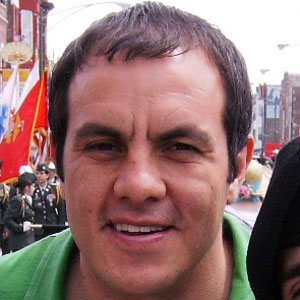 Mexican politician and former professional soccer player who was elected mayor of Cuernavaca, Morelos in 2016 and governor of Morelos in 2018. He played for Mexico's national team from 1995 to 2010. He starred for Club America from 1992 to 2007, scoring 125 goals in 333 appearances.

He played soccer in the fields and streets of Tepito, Mexico.

During his time in the MLS, he was the league's second-highest paid player behind David Beckham.

Cuauhtémoc Blanco Is A Member Of