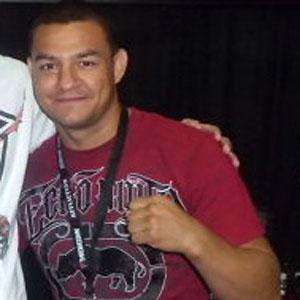 MMA fighter who began his career in World Extreme Cagefighting before joining UFC in the WEC/UFC merger in 2010.

He spent two years in juvenile hall after committing robbery as a teen.

He scored his second career UFC Knockout of the Night against Charles Oliveira on September 12, 2012.

He was raised alongside four adopted siblings.

He suffered a unanimous decision loss to Chad Mendes on August 18, 2010.

Cub Swanson Is A Member Of