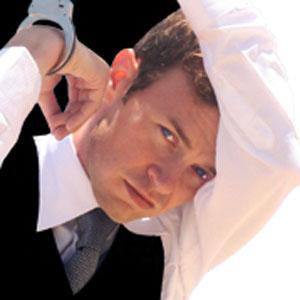 Magician and escape artist who became recognized for his death-defying escape performances, which include being buried alive, straight jacket escapes, and The Cube of Death.

After watching his father pull a coin from his ear when he was seven, he became interested in studying magic.

His Halloween night stunt, where he was buried alive, attracted over 2000 spectators in 2012.

He was born in Washington state.

He once appeared on the E! show The Simple Life, where he cut Paris Hilton in half.

Curtis Lovell II Is A Member Of