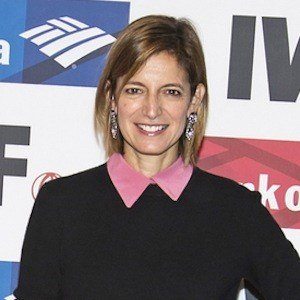 American journalist who is known for being the Editor in Chief of Glamour Magazine.

She graduated from Swarthmore College where she majored in English Literature and minored in Religion. She then began working as an editorial assistant at Glamour until becoming Editor in Chief in 2001.

She is a Board Member at the International Women's Media Foundation.

She was born and raised in McLean, Virginia.

She can be seen photographed with Connie Britton, Sophia Bush, Rashida Jones, and Zoe Lister-Jones at the IWMF Courage in Journalism Awards in October of 2017.

Cynthia Leive Is A Member Of