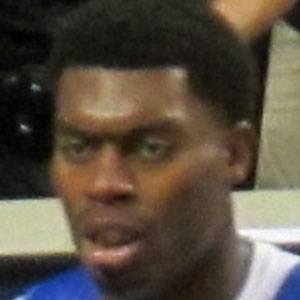 7-footer who was ESPN's #2 ranked high school center in the class of 2013. He helped lead the University of Kentucky to the 2014 NCAA Championship game and to the Final Four in 2015. He was selected 48th overall in the 2015 NBA Draft by the Oklahoma City Thunder.

He was one of six 2013 high school All-Americans to commit to Kentucky.

He was recruited to play for Kentucky by head coach John Calipari.

Dakari Johnson Is A Member Of