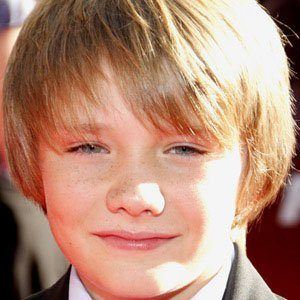 Canadian child actor who was first introduced to film audiences as Max Kenton in the 2011 film Real Steel. In 2013, he played Jesse Barrett in the sci-fi/horror film Dark Skies.

He appeared in a television commercial as an infant.

He has two brothers named Devon and Dallas.

He and Chris Pine both voice characters in the 2012 animated feature Rise of the Guardians.

Dakota Goyo Is A Member Of