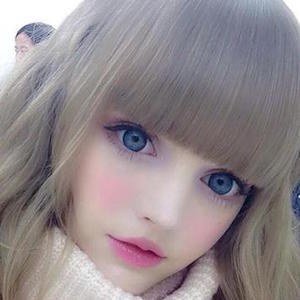 American YouTube phenomenon as well as model who is also known as Kotakoti or Dakotakoti. She creates beauty content on YouTube and is known for her trademark living doll look.

She created her dakotakoti YouTube channel in October of 2011.

She was signed by Bravo Models out of Tokyo, Japan. She has more than 500,000 subscribers on YouTube and over 220,000 followers on Twitter.

She is fluent in Japanese. Her real name is Dakota Ostrenga and she has an older sister Kristen Ostrega.

She and Angelica Kenova both became known for looking like real-life dolls.

Dakota Rose Is A Member Of