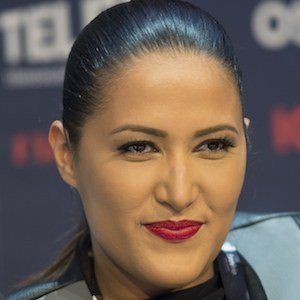 Bosnian pop singer who is best known as a member of the duo Erato. Her group made it into the Top 10 of the Bosnian charts with their song "Putujemo Snovima."

Her group released its debut album Backstage in 2003.

She competed in the Eurovision Song Contest in 2016, representing Bosnia and Herzegovina.

She has been a singer from Bosnia, much like Dino Merlin.

Dalal Midhat-Talakic Is A Member Of