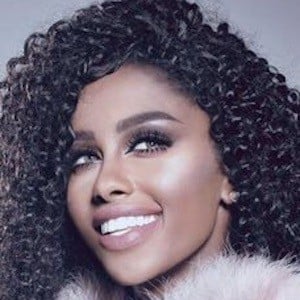 Khaleeji folksinger known for songs such as 'Areen Al Ashq', 'Ya Monyati' and 'Maa Khaled Al Shwaq', and for her Gulf-oriented approach to soul and R&B music. She was a contestant on Arabs Got Talent.

She studied at American University of Ras Al Khaimah.

Her public singing debut was during a musical evening at the French Embassy in Riyadh.

Ahlam Alshamsi was present at her wedding.

Dalia Mubarak Is A Member Of