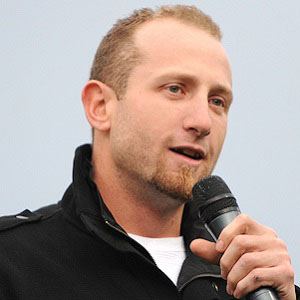 Between 2007 and 2011, this Major League Baseball pitcher played for the Oakland Athletics, pitching a perfect game -- only the nineteenth in the history of the MLB -- in a May 9, 2010 meetup with the Tampa Bay Rays.

After competing in the Little League World Series of 2006, he played baseball for both American River Community College and Texas Tech University. He began his career with the Oakland Athletics after being chosen in round twenty-four of the 2004 MLB Draft.

He spent his earliest days in Phoenix, Arizona, and the remainder of his youth in Stockton, California. His mother, Jodie Atwood, passed away when he was in high school, and he lived with his grandmother for a time.

He and center fielder Coco Crisp both played for the Oakland Athletics in 2010.

Dallas Braden Is A Member Of