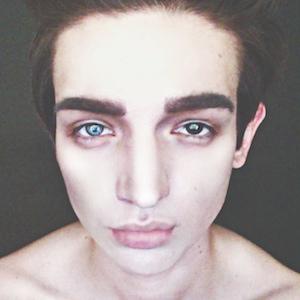 Self-taught fashion photographer who started taking pictures at age 13, always having an interest in art and fashion. He became well-known for his self portraits of models. He passed away suddenly in August 2016.

He had a difficult childhood growing up as he was bullied which put an emotional and physical stress on him. He attended Salisbury Composite High School and graduated in 2014.

He worked with models who have been featured in Italian Vogue and has worked with big name agencies including Elite Models, Trump Models, and Major Models.

He was born to Darren and Lisa in a small town in Alberta, Canada and later moved to Toronto. He grew up alongside his brother Jayden.

He was born on the same day and in the same year as DJ Martin Garrix.

Dallas Harder Is A Member Of