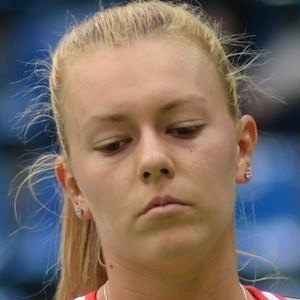 Hungarian tennis player who won the 2015 US Open Junior title. That same year, she also won the doubles Wimbledon Junior. Her efforts led her to be named the ITF Junior World Champion for 2015.

She started playing tennis when she was four years old and went on to be named the U14 Female Player of the Year.

She competed for Hungary at the 2015 Fed Cup and topped the Junior ITF rankings in 2015.

She grew up in Veszprem, Hungary.

She competed against Andrea Hlavackova in doubles play at the 2013 Budapest Grand Prix.

Dalma Galfi Is A Member Of