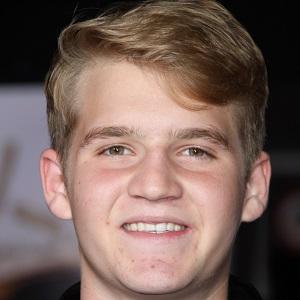 After playing the role of Jack Colson on HBO's Treme, this young actor appeared as Young Harry in the 2014 movie Dumb and Dumber To and as Master Mike on FX's American Horror Story.

Before beginning his acting career, he competed in National Level Motocross Racing events.

In 2013, he was Guyton Photography's primary spokesmodel. In April 2015 he was seriously injured when his car was hit by a drunk driver.

Before working in Los Angeles and New Orleans, he lived in Houston and Katy, Texas as the son of a deputy sheriff. He has a sister named Katie.

Dalton Gray Is A Member Of