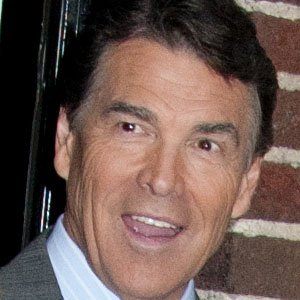 Republican governor who made a failed Presidential run in 2012. He was the longest continuously serving U.S. governor of Texas, winning three terms, and in 2013 he announced that he would not seek a fourth term as Governor. In 2017, Donald Trump named him the US Secretary of Energy.

He was a prankster that once placed M80 fireworks in toilets to scare unsuspecting students.

He caused controversy during a Republican presidential debate in 2012 when he claimed that people who did not want to grant citizenship to children of illegal immigrants were heartless.

He endorsed Newt Gingrich for President in 2012 after he dropped out of the race.

Rick Perry Is A Member Of