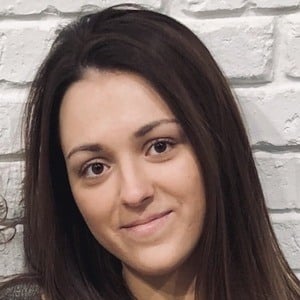 YouTube personality and creator who is recognized for having been the matriarch of TheGradFam channel. Her content featured the daily lives of her and her husband's seven children. She and her family have gone on to amass more than 70,000 subscribers on the platform.

Her oldest archived video discussed what it's like to have 5 children at 21 years of age.

She revealed the gender of her triplets in a viral video that saw more than 1.5 million views.

She and her husband Oni welcomed the triplets Esther, Evelyn, and Eliana. She previously had two children, Amelia and Samuel. Her sixth child, a daughter named Leia, was born in June 2020. Ezra, her seventh child, arrived one year and four days later.

Dama Gradinariu Is A Member Of