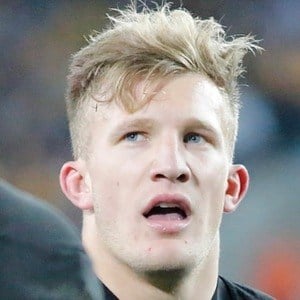 Rugby union five-eighth and fullback who established himself with the Chiefs of Super Rugby. He's also played for the Mãori All Blacks.

He attended Christ's College and debuted for Waikato in 2014.

He represented New Zealand at the U20 level, earning five caps in 2014 at the IRB Junior World Championship.

He has a brother named Marty McKenzie who's also played professional rugby union.

He and Hikawera Elliot have played together on the Chiefs.

Damian McKenzie Is A Member Of