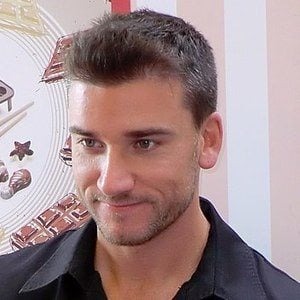 Chef who rose to fame when he was a finalist on the twelfth season of Food Network Star. He also competed in Food Network's Spring Baking Championship and Cutthroat Kitchen.

He grew up in Italy and moved to California in 2009.

He and his brother opened their own pastry shop called Carrara Pastries in 2011 and then in 2013 opened a second location.

His brother, Massimiliano, is a fellow chef.

He appeared on Food Network Star which is hosted by Bobby Flay and Giada De Laurentiis.

Damiano Carrara Is A Member Of