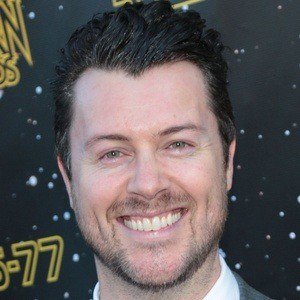 Best known for playing the role of Agron in the Starz series Spartacus, this screen actor also appeared in episodes of McLeod's Daughters, Home and Away, and All Saints. His film credits include performances in Small Claims: White Wedding and Burke & Wills.

After studying drama at the Queensland University of Technology, he appeared in Australian stage productions of The Beauty Queen of Leenane, Rent, and The Three Sisters.

He appeared in a 2006 episode of the Australian TV1 comedy series Stupid, Stupid Man.

He was born and raised in New South Wales and Queensland, Australia. He later settled in Los Angeles, California, U.S.A.

From 2012-2013, he shared the screen with Liam McIntyre in Spartacus: Vengeance and Spartacus: War of the Damned.

Dan Feuerriegel Is A Member Of