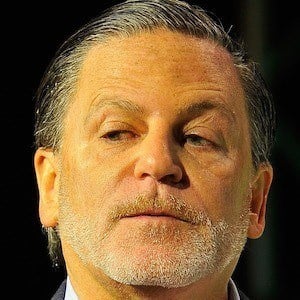 Famous for founding and heading the successful Quicken Loans company and for owning several professional sports teams, including the Cleveland Cavaliers and the Utah Grizzlies (which he re-branded as the Lake Erie Monsters), he had a net worth of nearly five billion dollars by early 2015.

Because one of his children was born with a serious medical condition known as Neurofibromatosis, he directed his philanthropic efforts toward medical research to combat the disease.

Born in Detroit and raised in Southfield, Michigan, he grew up as a member of a Jewish family. He and his wife, Jennifer, eventually settled in Franklin, Michigan, with their five children.

Dan Gilbert Is A Member Of