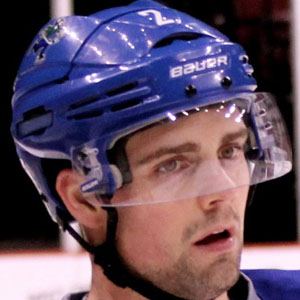 Defenseman drafted 12th overall in the 2001 NHL draft by the Nashville Predators who joined the Vancouver Canucks in 2010. He previously had a successful career in the Western Hockey League with the Prince George Cougars.

He started playing organized hockey when he was 4 years old and won a title with his minor hockey squad in his final year of eligibility.

He won a gold medal playing for the Canadian International hockey team at the 2014 Olympic Games in Sochi.

He has sisters named Erin and Cindy who both play hockey. He married and had three children named Anna, Morgan, and Brooke with his wife Sarah.

He played alongside NHL superstar Sidney Crosby at the 2014 Olympic games.

Dan Hamhuis Is A Member Of