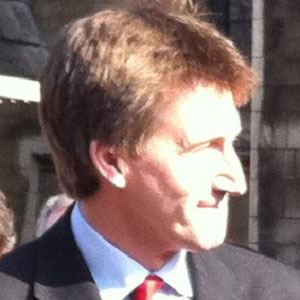 In 2011, this British Labour Party politician took office as a Member of Parliament for Barnsley Central. Two years later, he became the United Kingdom's Shadow Minister for Justice.

After earning a bachelor's degree in international politics from Aberystwyth University, he received a master's degree from King's College London.

In his early adulthood years, he commanded a Parachute Regiment platoon in Kosovo.

He and his first wife, Caroline, became parents to two children before Caroline's death of cancer in 2010. He married his second wife, Rachel, in 2013.

He is a contemporary of fellow Labour Party Member of Parliament Yvette Cooper.

Dan Jarvis Is A Member Of