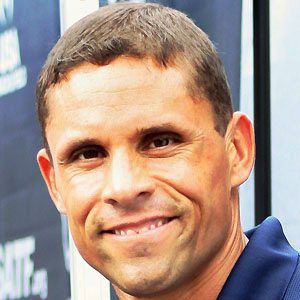 American decathlete who won an Olympic Gold medal in 1996, as well as titles at the World Championships in Athletics.

He attended the University of Idaho where he participated in track and field.

He set a world record for the fastest game of hopscotch on Chelsea Piers in 2009.

He opened a gym in Scottsdale and volunteered as a track coach at Arizona State University.

Bruce Jenner is a fellow American Olympian who competed in the decathlon.

Dan O'Brien Is A Member Of