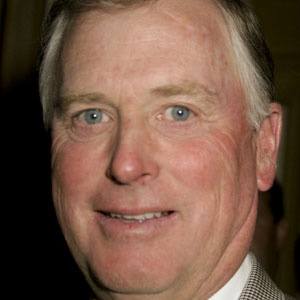 US Vice President under George Bush from 1989 to 1993. He was also a former U.S. Representative and U.S. Senator from the state of Indiana.

He graduated from Indiana University with a law degree in 1974 before becoming an investigator for the Consumer Protection Division of the Office of the Indiana Attorney General.

People typically made fun of his incompetence because he corrected a child's spelling of the word potato incorrectly during an elementary spelling bee.

He married Marilyn Quayle in 1972 and has two sons named Ben and Tucker Quayle and a daughter named Corinne Quayle. His father was prominent newspaper publisher James C. Quayle.

He and Bush defeated Democrats Michael Dukakis and Lloyd Bentsen in the 1988 election.

Dan Quayle Is A Member Of