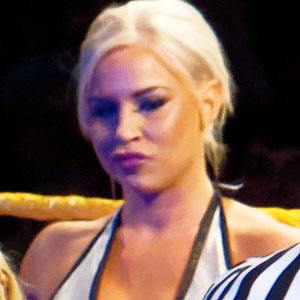 Professional wrestler who signed with the WWE developmental system NXT in 2013. She made her television debut in an episode of NXT in April 2015.

She practiced gymnastics for 18 years and also had a short stint as a diver. She stopped practicing gymnastics after suffering a variety of injuries, including breaks in both of her ankles.

From 2011 to 2012, she competed as a bodybuilder and held several National Physique Committee titles.

Her birth name is Ashley Mae Sebera and she was born in Seven Hills, Ohio. She dated fellow bodybuilder Dallas McCarver up until his tragic passing in August 2017.

She faced Charlotte in a tag team match at NXT TakeOver: Unstoppable.

Dana Brooke Is A Member Of