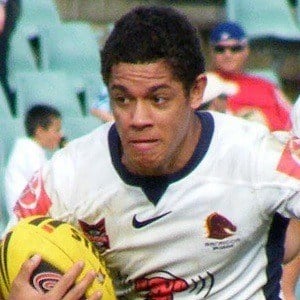 Versatile rugby wing, fullback, and centre who is widely known for his club career in the Australian National Rugby League (NRL). He has also played as a representative for Queensland and was named to the Indigenous All-Stars for the 2015-2016 season.

He was named the top player of the 2017 State of Origin series as a member of the Newcastle Knights. In June 2017, he signed a 4-year contract to play for the South Sydney Rabbitohs beginning in 2018.

His father Ray played for the NRL's Brisbane Broncos. He is of Indigenous Australian and Maori descent.

Dane Gagai Is A Member Of