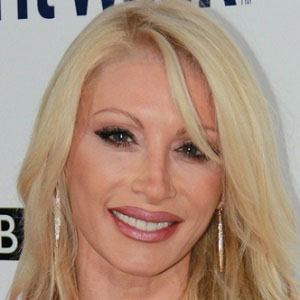 Television personality and actress who presented the music show The Word for five years before appearing on more than thirty other shows, including Extra and Boy Meets Boy. As an actress, she has appeared in films like 2001's Goodbye Charlie Bright as well as series like Dark Realm.

She graduated from the the Sylvia Young Theatre School and was a member of the girl group Faith Hope & Charity.

She came in last on a celebrity edition of the cooking reality show Come Dine with Me due to the fact that she was ill and asked her brother to prepare the food.

She was married to restaurateur Carl Harwin for nine years. Her father is one half of the namesake of the real estate company Behr & Butchoff.

She acted alongside The Who frontman Roger Daltrey in the 1998 film Like It Is.

Dani Behr Is A Member Of