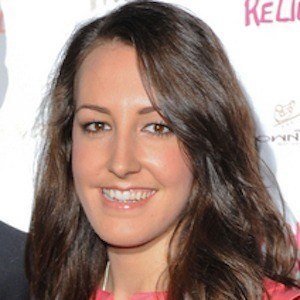 Three-time world champion cyclist in the women's team pursuit who has also claimed victory at the team pursuit at the Track Cycling World Cup in London and at the 2012 Summer Olympic games. In 2013, she began racing professionally for Wiggle-Honda.

She was chosen to be on the British cycling talent training team after they visited her while she was attending Hamble Community Sports College.

Her career was in jeopardy after she became afflicted with glandular fever while training in 2009.

Her father Trevor King was a biathlete and Winter Olympian. She has a younger sister. She got engaged to fellow cyclist Matthew Rowe.

She, Laura Trott and Joanna Rowsell brought home a gold medal for the country of England together at the 2012 Summer Olympics.

Dani King Is A Member Of