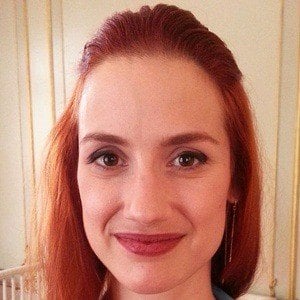 Serbian actress who rose to fame after starring on the 2017 television adaptation of Stephen King's The Mist. She was also a part of the main cast of the 2016 Norwegian series Nobel which aired on NRK.

She graduated from the Danish National School of Theatre and Contemporary Dance in 2012.

In 2014 she was the recipient of a Shooting Star Award at the Berlin International Film Festival.

Her father worked for the Yugoslavian embassy in Copenhagen, Denmark.

She and Morgan Spector both starred on the 2017 series The Mist.

Danica Curcic Is A Member Of