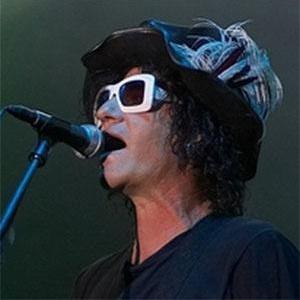 Guitarist and singer for the British goth band Bauhaus who went on to pursue a solo career. He was also the founder of Love and Rockets and Tones on Tail.

He decided to become a performer after going to a series of concerts as a teenager.

He has played the Coachella Festival.

His family comes from Northampton, England.

His band Bauhaus helped paved the way for goth acts like Robert Smith's The Cure to go mainstream.

Daniel Ash Is A Member Of