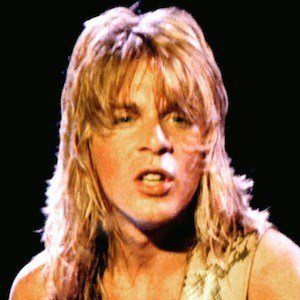 Heavy metal guitarist who performed with Ozzy Osbourne and Quiet Riot and who was a major influence on neo-classical metal.

He taught his best friend how to play bass and then immediately formed a band, The Whore. He got his B.A. in music at UCLA.

He was the original guitarist in the Ozzy Osbourne band, but Jake E. Lee replaced him.

His mother is Delores Rhoads.

Randy Rhoads Is A Member Of